China intruded into Indian territory in eastern Ladakh in early May, the Defence Ministry acknowledged in a document showing on the news section of its website since Tuesday. Two days after it was put up on the Ministry of Defence website, the page is missing.

“Chinese aggression has been increasing along the Line of Actual Control (LAC) and more particularly in Galwan valley since May 5, 2020. The Chinese side has transgressed in the areas of Kungrang Nala, Gogra and north bank of Pangong Tso Lake on May 17-18,” the ministry said in the document under the title “Chinese Aggression on LAC”, in the “What’s New” section on its website.

The document said ground level interactions were held between the armed forces of both sides to defuse the situation. A Corps commanders’ flag meeting was held on June 6. “However, a violent face-off incident took place between the two sides on June 15, resulting in casualties on both sides.”

Subsequently, said the document, a second corps commander level meeting took place on June 22 to discuss the modalities of de-escalation. “While engagement and dialogue at military and diplomatic level is continuing to arrive at mutually acceptable consensus, the present standoff is likely to be prolonged,” the ministry said.

“The situation in Eastern Ladakh arising from unilateral aggression by China continues to be sensitive and requiring close monitoring and prompt action based on the evolving situation,” it added. 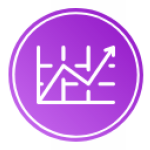